The Truth About Domain Name Service

The webservers that we so often connect to using names like www⋅cisco⋅com, are actually reached by assigning IP addresses to packets. On the internet, these domain names are much easier for people to remember than an IP address such as 74.163.4.161. If Cisco decides to change the numeric address of www⋅cisco⋅com, it is transparent to the user because the domain name remains the same. The new address is simply linked to the existing domain name and connectivity is maintained.

The Domain Name System (DNS) was developed to provide a reliable means of managing and providing domain names and their associated IP addresses. The DNS system consists of a global hierarchy of distributed servers that contain databases of name to IP address mappings. The client computer in the figure will send a request to the DNS server to get the IP address for www⋅cisco⋅com so that it can address packets to that server.

A recent analysis of network security threats discovered that over 90% of malicious software exploits use the DNS system to carry out network attack campaigns. A cybersecurity analyst should have a thorough understanding of the DNS system and the ways in which malicious DNS traffic can be detected through protocol analysis and the inspection of DNS monitoring information. In addition, malware frequently contacts command-and-control servers by using DNS. This makes the server URLs indicators of compromise for specific exploits.

Figure 1 shows a client computer and a server connected to a network. The client is attempting to reach Cisco

The name is easy for people to use.What is the IP address for www.cisco.com?DNS ServerClientNetwork

The DNS consists of a hierarchy of generic top-level domains (gTLD) which consist of .com, .net, .org, .gov, .edu, and numerous country-level domains, such as .br (Brazil), .es (Spain), .uk (United Kingdom), etc. At the next level of the DNS hierarchy are second-level domains. These are represented by a domain name that is followed by a top-level domain. Subdomains are found at the next level of the DNS hierarchy and represent some division of the second-level domain. Finally, a fourth level can represent a host in a subdomain. Each element of a domain specification is sometimes called a label. The labels move from the top of the hierarchy downward from right to left. A dot (“.“) at the end of a domain name represents the root server at the top of the hierarchy. The figure illustrates this DNS domain hierarchy.

To understand DNS, cybersecurity analysts should be familiar with the following terms:

When attempting to resolve a name to an IP address, a user host, known in the system as a resolver, will first check its local DNS cache. If the mapping is not found there, a query will be issued to the DNS server or servers that are configured in the network addressing properties for the resolver. These servers may be present at an enterprise or ISP. If the mapping is not found there, the DNS server will query other higher-level DNS servers that are authoritative for the top-level domain in order to find the mapping. These are known as recursive queries.

Because of the potential burden on authoritative top-level domain servers, some DNS servers in the hierarchy maintain caches of all DNS records that they have resolved for a period of time. These caching DNS servers can resolve recursive queries without forwarding the queries to higher-level servers. If a server requires data for a zone, it will request a transfer of that data from an authoritative server for that zone. The process of transferring blocks of DNS data between servers is known as a zone transfer.

The user types an FQDN into a browser application Address field.

DNS uses UDP port 53 for DNS queries and responses. DNS queries originate at a client and responses are issued from DNS servers. If a DNS response exceeds 512 bytes, such as when Dynamic DNS (DDNS) is used, TCP port 53 is used to handle the message. It includes the format for queries, responses, and data. The DNS protocol communications use a single format called a message. This message format shown in the figure is used for all types of client queries and server responses, error messages, and the transfer of resource record information between servers.

The DNS server stores different types of RRs used to resolve names. These records contain the name, address, and type of record. Here is a list of some of these record types:

The figure shows the structure of a DNS message within a UDP datagram. The UDP header accounts for 8 bytes, the DNS Fixed Header accounts for 12 bytes, and then the various DNS messages make up the remainder of the message. The DNS message can be up to 512 bytes in size. The text in the graphic notes that DNS uses the same message for all types of client queries and server responses, error messages, and the transfer of resource records between servers.

DNS Uses the Same Message For

As shown in the figure, DNS uses the same message format between servers, consisting of a question, answer, authority, and additional information for all types of client queries and server responses, error messages, and transfer of resource record information. The table describes each section.

DNS requires registrars to accept and distribute DNS mappings from organizations that wish to register domain name and IP address mappings. After the initial mapping has been created, a process which can take 24 hours or more, changes to the IP address that is mapped to the domain name can be made by contacting the registrar or using an online form to make the change. However, because of the time it takes for this process to occur and the new mapping to be distributed in the domain name system, the change can take hours before the new mapping is available to resolvers. In situations in which an ISP is using DHCP to provide addresses to a domain, it is possible that the address that is mapped to the domain could expire and a new address be granted by the ISP. This would result in a disruption of connectivity to the domain through DNS. A new approach was necessary to allow organizations to make fast changes to the IP address that is mapped to a domain.

Dynamic DNS can be abused by threat actors in various ways. Free DDNS services are especially useful to threat actors. DDNS can be used to facilitate the rapid change of IP address for malware command-and-control servers after the current IP address has become widely blocked. In this way, the malware can be coded with a URL rather than a static IP address. DDNS can also be used as a way to exfiltrate data from inside a network because DNS traffic is very common and is frequently considered to be benign. DDNS itself is not malignant, however monitoring DNS traffic that is going to known DDNS services, especially free ones, is very useful for the detection of exploits.

WHOIS is a TCP-based protocol that is used to identify the owners of internet domains through the DNS system. When an internet domain is registered and mapped to an IP address for the DNS system, the registrant must supply information regarding who is registering the domain. The WHOIS application uses a query, in the form of a FQDN. The query is issued through a WHOIS service or application. The official ownership registration record is returned to the user by the WHOIS service. This can be useful for identifying the destinations that have been accessed by hosts on a network. WHOIS has limitations, and hackers have ways of hiding their identities. However, WHOIS is a starting point for identifying potentially dangerous internet locations that may have been reached through the network. An internet-based WHOIS service is called ICANN Lookup can be used to obtain the registration record a URL. Other WHOIS services are maintained by regional internet registries such as RIPE and APNIC. 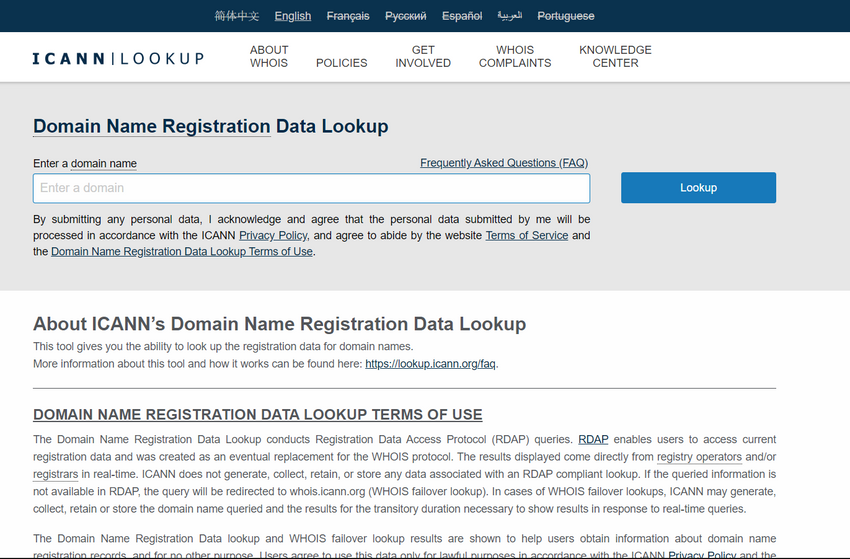 About Adeniyi Salau 829 Articles
I am an IT enthusiast and a man of many parts. I am a Certified Digital Marketer, Project Manager and a Real Estate Consultant. I love writing because that's what keeps me going. I am running this blog to share what I know with others. I am also a Superlife Stem Cell Distributor. Our Stem Cell Products can cure many ailments.

Blessed are the peacemakers, for they shall be called sons of God.
Matthew 5:9