End devices are especially prone to malware attacks. Therefore, the focus of this topic is on threats to end devices. Malware is short for malicious software or malicious code. It is code or software that is specifically designed to damage, disrupt, steals, or generally inflict some other “bad” or illegitimate action on data, hosts, or networks. It is important to know about malware because threat actors and online criminals frequently try to trick users into installing malware to help exploit security gaps. In addition, malware morphs so rapidly that malware-related security incidents are extremely common because antimalware software cannot be updated quickly enough to stop the new threats.

A text box opens that reads “A virus is a malicious software which executes a specific unwanted, and often harmful, function on a computer”. As the animation continues to play the attacker at the PC on the left sends a worm attack on the network that travels over the network routers to the PC on the right. A text box opens that reads “A worm executes arbitrary code and installs copies of itself in the memory of the infected computer. The main purpose of a worm is to automatically replicate itself and spread across the network from system to system”.

As the animation continues to play the attacker at the PC on the left sends a Trojan Horse attack on the network that travels over the network routers to the PC on the right. A text box opens that reads “A Trojan horse is a non-self-replicating type of malware. It often contains malicious code that is designed to look like something else, such as a legitimate application or file. When an infected application or file is downloaded and opened, the Trojan horse can attack the end device from within”.

The primary vulnerabilities for end-user workstations are virus, worm, and Trojan Horse attacks.
A virus is malicious software which executes a specific unwanted, and often harmful, function on a computer.
A worm executes arbitrary code and installs copies of itself in the memory of the infected computer. The main purpose of a worm is to automatically replicate itself and spread across the network from system to system.
A Trojan horse is a non-self-replicating type of malware. It often contains malicious code that is designed to look like something else, such as a legitimate application or file. When an infected application or file is downloaded and opened, the Trojan horse can attack the end device from within.

A virus is a type of malware that spreads by inserting a copy of itself into another program. After the program is run, viruses then spread from one computer to another, infecting the computers. Most viruses require human help to spread. For example, when someone connects an infected USB drive to their PC, the virus will enter the PC. The virus may then infect a new USB drive, and spread to new PCs. Viruses can lay dormant for an extended period and then activate at a specific time and date.

A simple virus may install itself at the first line of code in an executable file. When activated, the virus might check the disk for other executables so that it can infect all the files it has not yet infected. Viruses can be harmless, such as those that display a picture on the screen, or they can be destructive, such as those that modify or delete files on the hard drive. Viruses can also be programmed to mutate to avoid detection.

Most viruses are now spread by USB memory drives, CDs, DVDs, network shares, and email. Email viruses are a common type of virus.

The term Trojan horse originated from Greek mythology. Greek warriors offered the people of Troy (the Trojans) a giant hollow horse as a gift. The Trojans brought the giant horse into their walled city, unaware that it contained many Greek warriors. At night, after most Trojans were asleep, the warriors burst out of the horse, opened the city gates, and allowed a sizeable force to enter and take over the city.

Trojan horse malware is software that appears to be legitimate, but it contains malicious code which exploits the privileges of the user that runs it. Often, Trojans are found attached to online games.

Users are commonly tricked into loading and executing the Trojan horse on their systems. While playing the game, the user will not notice a problem. In the background, the Trojan horse has been installed on the user’s system. The malicious code from the Trojan horse continues operating even after the game has been closed.

The Trojan horse concept is flexible. It can cause immediate damage, provide remote access to the system, or access through a back door. It can also perform actions as instructed remotely, such as “send me the password file once per week.” This tendency of malware to send data back to the cybercriminal highlights the need to monitor outbound traffic for attack indicators.

Custom-written Trojan horses, such as those with a specific target, are difficult to detect.

The figure shows a trojan horse exploiting the privileges of the user using a computer. 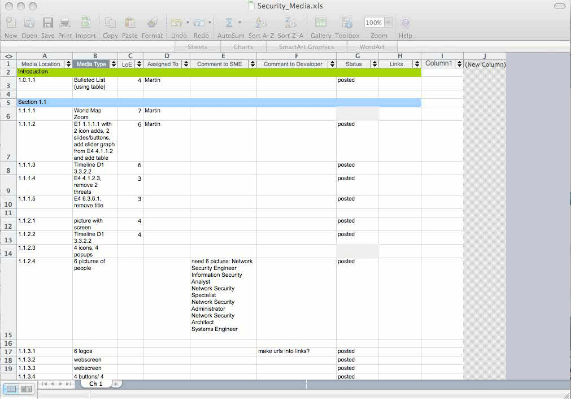 Trojan horses are usually classified according to the damage that they cause, or the manner in which they breach a system, as shown in the figure.

Computer worms are similar to viruses because they replicate and can cause the same type of damage. Specifically, worms replicate themselves by independently exploiting vulnerabilities in networks. Worms can slow down networks as they spread from system to system.

Whereas a virus requires a host program to run, worms can run by themselves. Other than the initial infection, they no longer require user participation. After a host is infected, the worm is able to spread very quickly over the network.

Worms are responsible for some of the most devastating attacks on the internet. In 2001, the Code Red worm had initially infected 658 servers. Within 19 hours, the worm had infected over 300,000 servers. 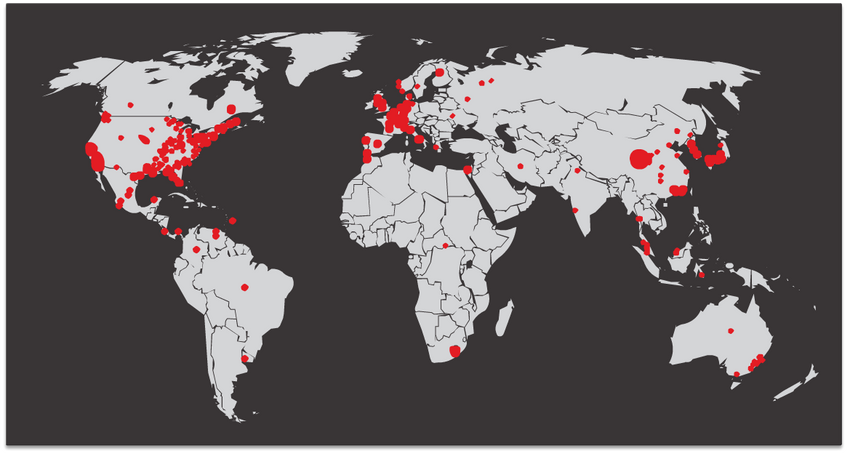 The initial infection of the SQL Slammer worm is known as the worm that ate the internet. SQL Slammer was a denial of service (DoS) attack that exploited a buffer overflow bug in Microsoft’s SQL Server. At its peak, the number of infected servers doubled in size every 8.5 seconds. This is why it was able to infect 250,000+ hosts within 30 minutes. When it was released on the weekend of January 25, 2003, it disrupted the internet, financial institutions, ATM cash machines, and more. Ironically, a patch for this vulnerability had been released 6 months earlier. The infected servers did not have the updated patch applied. This was a wake-up call for many organizations to implement a security policy requiring that updates and patches be applied in a timely fashion. 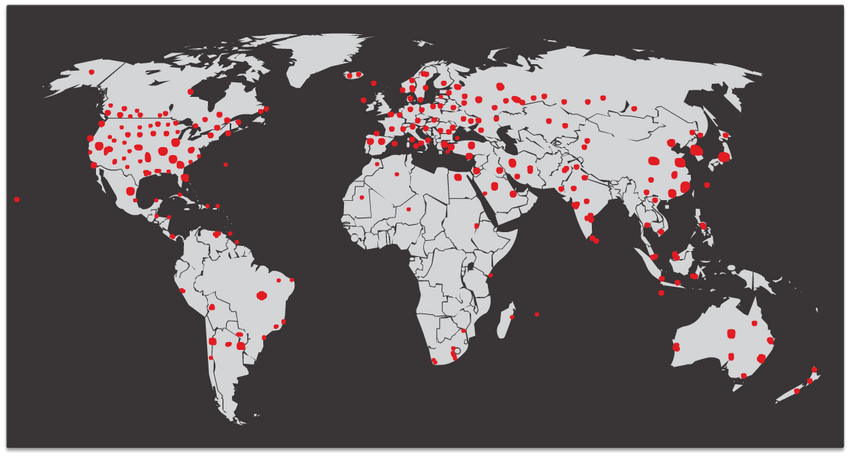 Worms share similar characteristics. They all exploit an enabling vulnerability, have a way to propagate themselves, and they all contain a payload.

Despite the mitigation techniques that have emerged over the years, worms have continued to evolve and pose a persistent threat. Worms have become more sophisticated over time, but they still tend to be based on exploiting weaknesses in software applications.

The animation shows the 3 components of a worm attack; enabling vulnerability, propagation mechanism, and payload.

Most worm attacks consist of three components, as listed in the animation above.

Worms are self-contained programs that attack a system to exploit a known vulnerability. Upon successful exploitation, the worm copies itself from the attacking host to the newly exploited system and the cycle begins again. Their propagation mechanisms are commonly deployed in a way that is difficult to detect.

The propagation technique used by the Code Red worm is shown in the figure.

The figure diagrams the steps in the propagation of the Code Red worm. Those steps are as follows: Step 1 – Propagate for 19 days.Step 2 – Launch DoS attack for the next 7 days. Step 3 – Stop and go dormant for a few days. Step 4 – Repeat the cycle.

Propagate for 19 days.Launch DoS attack for next 7 days.Stop and go dormant for a few days.Repeat the cycle.

Note: Worms never really stop spreading on the internet. After they are released, worms continue to propagate until all possible sources of infection are properly patched.

Threat actors have used viruses, worms, and Trojan horses to carry their payloads and for other malicious reasons. However, malware continues to evolve.

Currently, the most dominating malware is ransomware. Ransomware is malware that denies access to the infected computer system or its data. The cybercriminals then demand payment to release the computer system.

Ransomware has evolved to become the most profitable malware type in history. In the first half of 2016, ransomware campaigns targeting both individual and enterprise users became more widespread and potent.

There are dozens of ransomware variants. Ransomware frequently uses an encryption algorithm to encrypt system files and data. The majority of known ransomware encryption algorithms cannot be easily decrypted, leaving victims with little option but to pay the asking price. Payments are typically paid in Bitcoin because users of bitcoin can remain anonymous. Bitcoin is an open-source, digital currency that nobody owns or controls.

Email and malicious advertising, also known as malvertising, are vectors for ransomware campaigns. Social engineering is also used, as when cybercriminals who identify themselves as security technicians call homes and persuade users to connect to a website that downloads the ransomware to the user’s computer..

These are some examples of the varieties of modern malware:

This list will continue to grow as the internet evolves. New malware will always be developed. A major goal of cybersecurity operations is to learn about new malware and how to promptly mitigate it.

Cybercriminals continually modify malware code to change how it spreads and infects computers. However, most produce similar symptoms that can be detected through network and device log monitoring.

Computers infected with malware often exhibit one or more of the following symptoms:

Note: Malware behavior is not limited to the above list.

About Adeniyi Salau 884 Articles
I am an IT enthusiast and a man of many parts. I am a Certified Digital Marketer, Project Manager and a Real Estate Consultant. I love writing because that's what keeps me going. I am running this blog to share what I know with others. I am also a Superlife Stem Cell Distributor. Our Stem Cell Products can cure many ailments.

But as it is, Christ has obtained a ministry that is as much more excellent than the old as the covenant he mediates is better, since it is enacted on better promises.
Hebrews 8:6